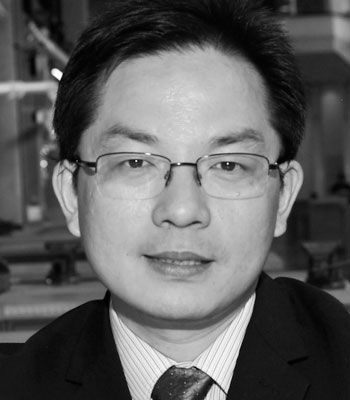 Liangbing Hu received his B.S. in physics from the University of Science and Technology of China in 2002, where he worked on colossal magnetoresistance (CMR) materials for three years. He did his Ph.D. (2002–2007) at UCLA, focusing on carbon-nanotube-based nanoelectronics. In 2006, he joined Unidym, Inc. as a co-founding scientist, leading the development of roll-to-roll printed carbon nanotube films and device integration in touch screens, LCDs, flexible OLEDs, and solar cells. He did his postdoc at Stanford University from 2009–2011, where he worked on various energy storage technologies using nanomaterials/nanostructures. Currently, he is a Herbert Rabin Distinguished Professorat the University of Maryland, College Park. His research group focuses on materials innovations, device integration, and manufacturing, with ongoing research activities on electrified ultrahigh-temperature synthesis, energy storage beyond Li-ion batteries, and novel wood nanotechnologies.