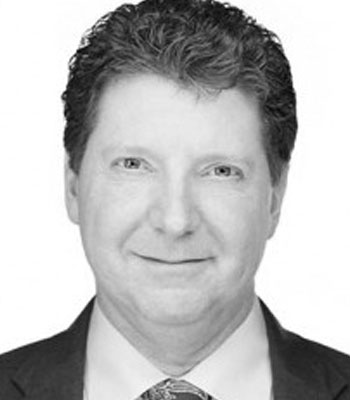 Mr. Ryan is a Vice President of ATI, Naval Technologies Division Lead, and the Executive Director of ATI’s three Navy ManTech Centers of Excellence. He is responsible for four major Navy programs including; the Naval Shipbuilding Research Program (NSRP), the Composites Manufacturing Technology Center (CMTC), The Naval Shipbuilding and Advanced Manufacturing Center (NSAM), and the Center for Naval Metalworking (CNM). In his capacity as Executive Director for the three Navy Centers, he is responsible for overall center operations including the Center’s role in the Navy’s needs identification process, the project formulation process, the portfolio of technical projects (currently 50 active projects with 30 more in development), and technology transfer.

Prior to joining ATI, Mr. Ryan served as Science and Technology Advisor to Lieutenant General Wallace Gregson, where he managed the R&D and Technology Transition program for Marine Corps Forces in the Pacific. He identified S&T requirements for all Marine Corps forces assigned to the Central and Pacific Commands, to include the Middle East, Asia and the Pacific Rim. He supported Operation Iraqi Freedom and Operation Enduring Freedom through the pursuit, evaluation, development, and successful deployment of technologies to counter the evolving asymmetric threats within the region. Prior to his assignment with the operating forces, Mr. Ryan served as Deputy NAVAIR Manufacturing Technology Program Manager and then Program Manager in 1999 and 2001, respectively. During this tenure, he worked closely with the ONR ManTech Office and was an active participant in the development of Navy ManTech guidance and processes. He managed the NAVAIR needs identification process, including the initiation, and subsequent coordination, of several CMTC ManTech projects. Mr. Ryan represented PEO interests to ensure initiation and transition of critical technologies to key air weapons platforms. He coordinated all NAVAIR ManTech efforts within the Centers of Excellence to include project monitoring, industry participation, and transition. Mr. Ryan also worked extensively with the DoD Joint Defense Manufacturing Technology Panel and Chaired the JDMTP Sub-Panel on Advanced Manufacturing Enterprises. The panel coordinated the DoD efforts in Intelligent Manufacturing, Supply Chains, Lean Manufacturing, and Benchmarking with the efforts of the DOE, DOC, NASA, and NSF.