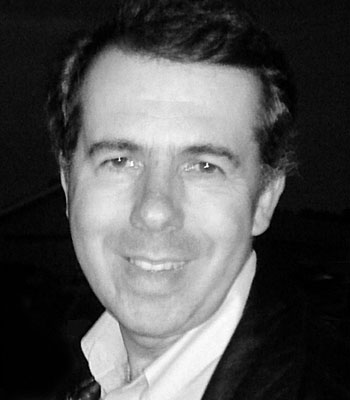 Valeriy Ginzburg has earned his B.S. (Chemical Physics) in 1989 and Ph. D. (Polymer Physics) in 1992 at the Moscow Institute of Physics and Technology (“FizTech”) in Russia. After postdoctoral fellowships at the University of Colorado at Boulder (advisor Prof. Noel Clark) in 1993-97 and the University of Pittsburgh (advisor Prof. Anna Balazs) in 1998-2000, Dr. Ginzburg joined The Dow Chemical Company in February 2001 in Core R&D in Midland, Michigan. He was a Senior Research Scientist at the time of his retirement from Dow in October 2020. Today, he is a visiting professor at the MSU ChEMS department and the founder of consulting company VVG Physics Consulting LLC.

Dr. Ginzburg’s work has mainly been in the area of structure-property modeling of polymers, complex fluids (surfactants, emulsions, paints and coatings), composites and nanocomposites. He developed several predictive structure-property models for polyurethanes. He led two collaborative projects with Prof. Ron Larson (University of Michigan), one on the rheology of waterborne coatings and another one on the rheology and crystallization of LDPE/LLDPE blends. Over the years, he has contributed to the development of many products and technologies, including Directed Self-Assembly and Quantum Dot Displays, Chemical-Mechanical Polishing Pads, Hair Care Deposition Aid Polymers, and others. More recently, his main interests have been in the area of polymer nanocomposites and glass transition.

Dr. Ginzburg is a co-inventor on 15 US patents and author or co-author of about 90 journal publications (including several in Science, Physical Review Letters, and Nano Letters). He authored or co-authored about ten book chapters and is a co-editor of a book, “Theory and modeling of nanocomposites” (published by Springer Nature in 2020). He organized a number of symposia at the annual meetings of the American Physical Society (APS) and the Materials Research Society (MRS) and presented several invited talks at those society conferences. He has been elected Fellow of the APS (2014) and awarded the Dow Core R&D Excellence in Science award (2015).