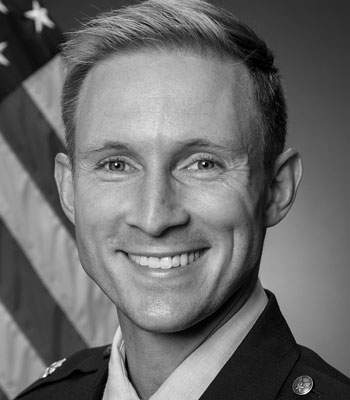 Maj Steven D. Lauver is the Division Chief for Spark at AFWERX. As Division Chief, he leads a team that is unrelenting in their pursuit to unleash Airmen and Guardian potential and to create a thriving, productive and enduring innovation ecosystem in the Department of the Air Force.

Major Lauver was born in Charleston, South Carolina. He entered the Air Force in May 2011 as a graduate of the U.S. Air Force Academy. He has served 10 years on Active Duty, during which time he has been stationed at Sheppard Air Force Base, TX, Hurlburt Field, FL and the Pentagon and has deployed four times in support of Operations Inherent Resolve and Freedom Sentinel. Prior to his current position, the Captain was a Tactics Officer and U-28A Aircraft Commander, 319th Special Operations Squadron, Hurlburt Field, FL.