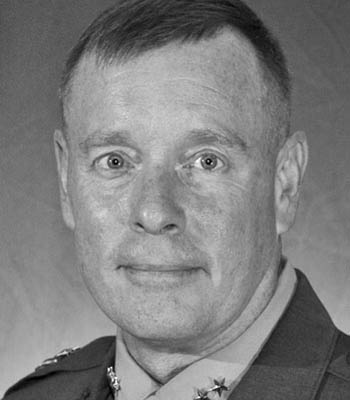 Major General Maxwell graduated from the Naval Academy in 1988. He is currently assigned as the Vice Director for Logistics, Joint Staff, the Pentagon, Washington, D.C.

After completing The Basic School and Logistics Officer Course, he reported to 3rd Landing Support Battalion in Okinawa where he was a Platoon Commander and Company Executive Officer of a Support Equipment Company.  In 1991, he was transferred to be the Assistant Logistics Officer for 9th Marine Regiment. Completing studies in Defense Systems Analysis and Financial Management at Naval Post Graduate School in 1994, Major General Maxwell was assigned as the Assistant Program Objective Memorandum Development Officer for Marine Corps Combat Development Command, Quantico, VA until 1998.

In 2003, Major General Maxwell transferred to Marine Corps Forces Korea as the Logistics Officer and subsequently assumed command as the Inspector Instructor for Headquarters and Service Battalion, 4th Marine Logistics Group in Marietta, GA in 2004. After graduating with distinction from the National War College in 2007 he proceeded to the J-4 Logistics Staff, U.S. European Command in Germany as the Deputy Division Chief, Logistics Support Division and the Chief, Joint Logistics Operations Center where he was promoted to Colonel.

After deploying with 2nd Marine Logistics Group (Forward) as the AC/S G-3 Operations Officer for Operation Enduring Freedom 2011, he served as Commander, Marine Corps Base Quantico until 2015.

On promotion to Brigadier General, he was assigned as the Combined Joint Director of Logistics (CJ- 4) for NATO Resolute Support, Afghanistan. From 2016 to 2018, he commanded the 2nd Marine Logistics Group, Camp Lejeune NC. Following this, he served as the Assistant Deputy Commandant, Installations and Logistics (Plans, Policies and Strategic Mobility) before assuming his current duties in July 2020.

Major General Maxwell, an Oregon native, is married to the former Jennifer Diane Walsh of Ellicott City, MD.  They have two daughters.