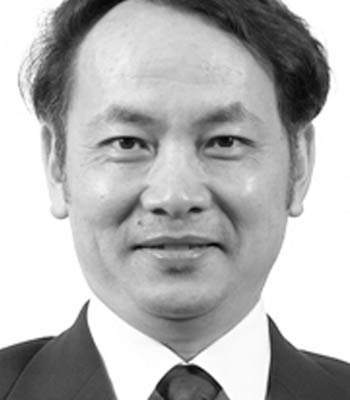 Dr. Xing Zhou received the B.E. degree from Tsinghua University, China in 1983, and the M.S. and Ph.D. degrees in electrical engineering from the University of Rochester, NY, USA in 1987 and 1990, respectively.  He joined the faculty of the School of Electrical and Electronic Engineering, Nanyang Technological University in 1992.  His past research interests include Monte Carlo simulation of photocarrier transport and ultrafast phenomena as well as mixed-mode circuit simulation and CAD tool development.  His current research focuses on the development of compact models for circuit simulation for conventional (bulk/SOI) and emerging (double-gate/nanowire) nanoscale-CMOS as well as III-V/GaN-based HEMT devices.  He was visiting professor to Stanford University (1997/2001), Hiroshima University (2003), Universiti Teknologi Malaysia (2007), Fudan University (2011/2012), and Tokyo Institute of Technology (2011/2012).  He is the founding chair of the Workshop on Compact Modeling (WCM) in association with the Nano Science and Technology Institute Nanotech Conference since 2002.  He was guest editor-in-chief for the special issue on compact modeling of emerging devices for the IEEE Transactions on Electron Devices (Feb. 2014 issue).  He has served as an IEEE Electron Devices Society (EDS) distinguished lecturer since 2000, and he has given ~140 lectures and invited talks around the world.  Dr. Zhou is currently EDS vice-president for regions/chapters, an elected member-at-large of the EDS Board of Governors, and editor for the IEEE Electron Device Letters.