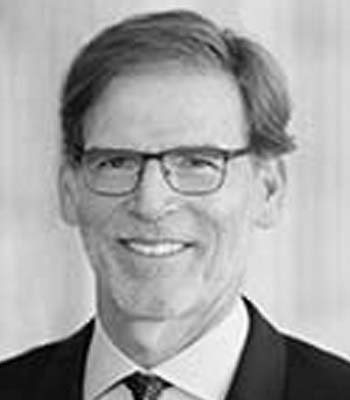 Director of the National Institute of Biomedical Imaging and Bioengineering

Dr. Tromberg is the Director of the National Institute of Biomedical Imaging and Bioengineering (NIBIB) at the National Institutes of Health (NIH) where he oversees an approximately $400 million per year portfolio of research programs focused on developing, translating, and commercializing engineering, physical science, and computational technologies in biology and medicine.  In addition, he leads NIBIB’s $500 million Rapid Acceleration of Diagnostics (RADx Tech) innovation initiative to increase SARS-COV-2 testing capacity and performance.

Prior to joining NIH in January 2019, he was a professor of biomedical engineering and surgery at the University of California, Irvine (UCI).  During this time he served as director of the Beckman Laser Institute and Medical Clinic (BLIMC) (2003-2018) and the Laser Microbeam and Medical Program (LAMMP), an NIH National Biomedical Technology Center at the BLIMC (1997-2018).

Dr. Tromberg specializes in the development of optics and photonics technologies for biomedical imaging and therapy. He has co-authored more than 450 publications and holds 23 patents in new technology development as well as bench-to-bedside clinical translation, validation, and commercialization of devices.  He has trained more than 80 students and fellows, is co-founder of the biophotonics company, Modulim, Inc, and has served on numerous advisory boards in academia, industry, government, and private foundations.

Dr. Tromberg received his undergraduate training in chemistry from Vanderbilt University (1979) and M.S. and Ph.D. degrees in chemistry from the University of Tennessee (1988) where he was a U.S. Department of Energy/Oak Ridge Associated Universities Fellow at the Oak Ridge National Laboratory. He was a Hewitt Foundation Photomedicine Fellow at the BLIMC and joined the UC Irvine faculty in 1990.  He has received several awards, including the R&D 100 award, the Michael S. Feld Biophotonics Award from The Optical Society (OSA), the Directors Award from the International Society of Optical Engineering (SPIE), the Horace Furumoto Innovator Award from the American Society for Laser Medicine and Surgery (ASLMS), and is a Fellow of the OSA, SPIE, and the American Institute for Medical and Biological Engineers (AIMBE).