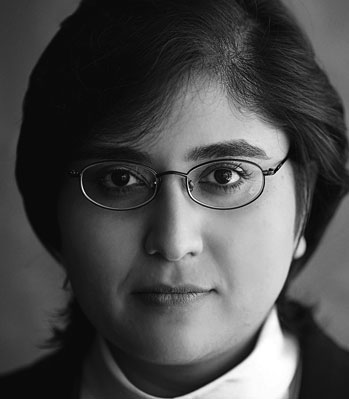 Dr. Anita Goel, MD, Ph.D, is a world-renowned nanobiophysics scientist and entrepreneur. Through her work as Chairman and CEO of Nanobiosym®, she is building a global ecosystem of partnerships centered on the Gene-RADAR® platform to advance personalized precision medicine, digital health and global pandemic preparedness.

Named by MIT’s Technology Review as one of the World’s “Top TR35 science and technology innovators” and by Scientific American as one of the “Top 100 Most Influential Biotech Visionaries,” Dr. Goel holds over 80 patents, both issued and pending worldwide and a Ph.D in Physics from Harvard University, an MD from the Harvard-MIT Joint Division of Health Sciences & Technology (HST), and a B.S. in Physics with Honors and Distinction from Stanford University.

The recipient of three DARPA Breakthrough Research Awards and the winner of the first XPrize for healthcare, Dr. Goel has a strong track record of winning and delivering US government and Fortune 500 contracts, including the Galactic Challenge Award (CASIS, NASA, & Elon Musk’s SpaceX) and two USAID Grand Challenge Awards to bring Gene-RADAR to Africa, and awards from the U.S. DOD, DOE, AFOSR, HHS and the NSF. Dr. Goel has delivered many keynote addresses, Ted Talks, and Distinguished Faculty Lectures at top universities and scientific symposia, and advised the National Academy of Sciences, National Academy of Engineering, Canadian Institute for Advanced Research (CIFAR), PCAST, NIH Review Panels, and has also served on the Nanotech/Scientific Advisory Boards of Lockheed Martin Corporation and PepsiCo.