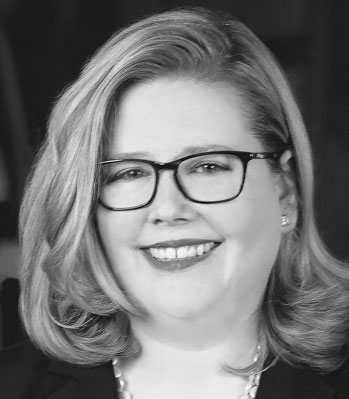 Emily W. Murphy was sworn in as administrator of the U.S. General Services Administration (GSA) by U.S. Office of Management and Budget Director Mick Mulvaney on December 12, 2017. President Donald J. Trump nominated Ms. Murphy to lead GSA in September 2017. She was unanimously confirmed by the U.S. Senate on December 5, 2017.

Prior to being confirmed as administrator, Ms. Murphy served as senior advisor to GSA’s acting administrator. In that role, she helped guide the merger of the Federal Acquisition Service (FAS) and the Technology Transformation Service (TTS) and advised on opportunities to improve how GSA facilitates technology purchases.

Administrator Murphy previously served at GSA from 2005-2007, where she was appointed the inaugural chief acquisition officer and led the transformation of the agency’s assisted acquisition centers and the consolidation of the Federal Supply Service and the Federal Technology Service. Administrator Murphy also served as GSA’s representative to the Federal Acquisition Regulatory (FAR) Council and the leader of the Civilian Agency Acquisition Council, which are responsible for procurement regulations. In this capacity, she modernized the FAR and GSA regulations to reflect the government’s increasing use of service contracts as opposed to commodity buys.

Her expertise in government procurement and work in creating opportunities for small businesses has earned her numerous awards from small business and contracting groups.

A native of St. Louis, Missouri, Administrator Murphy is a 1995 graduate of Smith College and a 2001 graduate of the University of Virginia School of Law.