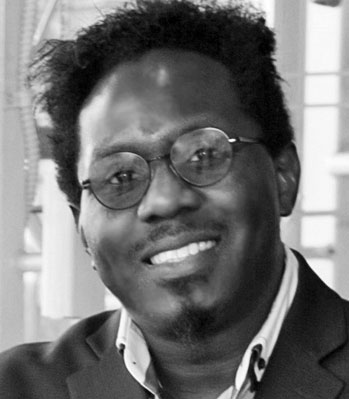 The University of Texas at Austin

Deji Akinwande is an Associate Professor and holds the David and Doris Lybarger Endowed Faculty Fellowship in Engineering at The University of Texas at Austin Department of Electrical and Computer Engineering.
He received the PhD degree in Electrical Engineering from Stanford University in 2009, where he conducted research on the synthesis, device physics, and circuit applications of carbon nanotubes and graphene. His Master’s research in Applied Physics at Case Western Reserve University pioneered the design and development of near-field microwave probe tips for nondestructive imaging and studies of materials.

The current focus of his research explores materials and electronic systems based on 2D atomic layers. He is a co-inventor of a high-frequency chip-to-chip interconnect and an electrically small antenna for bio-electronics. In 2017, Prof. Akinwande was selected as one of five inaugural Moore Inventor Fellows, and was awarded the Friedrich Bessel Research Award. In 2016, he was selected to receive a Presidential Early Career Award for Scientists and Engineers (PECASE) by President Obama. His work on creating the first silicene transistor was named one of the Top 100 Science Stories of 2015 by Discover magazine. In the past, he has also been honored with the IEEE Nanotechnology Early Career Award (2015), the inaugural IEEE Nano Geim and Novoselov Graphene Prize (2012), a DTRA Young Investigator award (2012), the NSF CAREER award (2012), and the Army Research office Young Investigator Award (2011). He is one of the directors of the NASCENT ERC center at UT Austin. He also co-authored a textbook on carbon nanotubes and graphene device physics by Cambridge University Press, 2011. His work on flexible graphene systems was selected as among the "best of 2012" by the nanotechweb online technology news portal and has been featured on MIT's technology review and other technical media outlets.