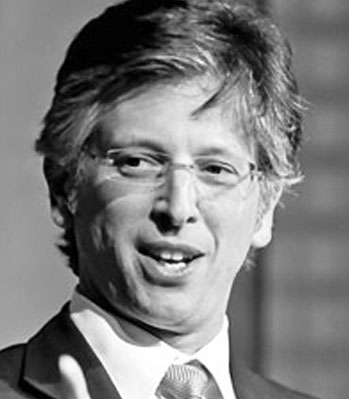 Paul S. Weiss received his S.B. and S.M. degrees in chemistry from MIT in 1980 and his Ph.D. in chemistry from the University of California at Berkeley in 1986. He was a post-doctoral member of technical staff at Bell Laboratories from 1986-1988 and a Visiting Scientist at IBM Almaden Research Center from 1988-1989. In 2009, he became Director of the California NanoSystems Institute, Professor of Chemistry and Biochemistry at UCLA, and Fred Kavli Chair in NanoSystems Sciences. Before coming to UCLA, he was a Distinguished Professor of Chemistry and Physics at the Pennsylvania State University, where he began his academic career as an assistant professor in 1989. His interdisciplinary research group includes chemists, physicists, biologists, materials scientists, electrical and mechanical engineers, and computer scientists. Their work focuses on the atomic-scale chemical, physical, optical, mechanical and electronic properties of surfaces and supramolecular assemblies. He and his students have developed new techniques to expand the applicability and chemical specificity of scanning probe microscopies. They have applied these and other tools to the study of catalysis, self- and directed assembly, physical models of biological systems, and molecular and nano-scale electronics. They work to advance nanofabrication down to ever smaller scales and greater chemical specificity in order to connect, to operate, and to test molecular devices. He has published over 200 papers and patents, and has given over 400 invited and plenary lectures.