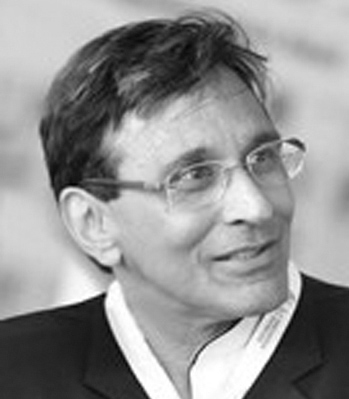 Rohit, CEO of Larta, is an established thought leader and respected practitioner on innovation, commercialization, and enterprise and technology-led economic development. He has advised governments, multilateral organizations, communities and enterprises throughout the world, creating initiatives that expand entrepreneurship, promote commercialization and enhance the competitiveness of regions across many parts of the globe. In founding and growing Larta Institute to institutionalize the work he has pioneered, he has developed a reputation and expertise in the commercialization of innovations emerging from government-funded initiatives, research institutes, universities and larger companies in the private sector.

Rohit's role in authoring and creating the commercialization assistance program initiatives at major U.S. federal agencies has led to a well-documented increase in sustainable, market-based innovations in the U.S. and has led to his being sought after as an adviser and confidant of governments and private institutions. These include most recently, Malaysia, in addition to Israel, the Middle East, New Zealand, Australia and other countries scattered in Europe and Asia.

Early in his 20 year career devoted to envisioning and creating innovation policy and initiatives, Rohit was tapped by the State of California to author and develop its innovation and entrepreneurship initiative, the California Technology Investment Partnership (CalTIP), and helped to write the legislation that brought the program into being in California, years before the technology-led boom in Silicon Valley. Since then, he has expanded the scope and scale of his work, writing on venture capital, sector-led innovation in wireless, telecom and the life sciences and on entrepreneurship, research-based enterprises, commercialization and government policy. As an advisor to the OECD, he recently led a multi-country study project on intellectual property as it affects the growth of small and medium-sized enterprises, focused on harmonization of IP policies and practices. As an advisor to the Government of Malaysia, he helped to influence policy on incentives and initiatives focused on agriculture- and biotech-led entrepreneurship. In technology transfer, he was one of the first thought leaders to promote policies oriented toward the development of “bundled” IP between research institutions and universities. The latter led to Larta Institute’s collaboration with the Kauffman Foundation and the U.S. National Science Foundation (NSF) on approaches to problem-resolution for industry needs through a wide-ranging examination of university-derived IP from multiple institutions. He has also taught entrepreneurship to managers and startup companies, and developed and taught the first course on Startup Management for Pepperdine University’s MBA program at the Graziadio School of Business and Management in Malibu, California.

Rohit's grasp and command of key issues and concerns in several industries has led to a unique and varied career. He directed a prominent group of CEOs of Fortune 500 companies in the defense electronics and aerospace industries in the U.S., counting among his  associates the great Peter Drucker, Bill Perry (who later became the U.S. Secretary of Defense), Malcolm Currie, CEO of Hughes and other luminaries. He created and managed the first “defense adjustment” program derived from policy advice he provided to the  Clinton Administration in the early 1990s. He was an entrepreneur himself, founding two companies in the information technology and information processing industries prior to the Internet boom.