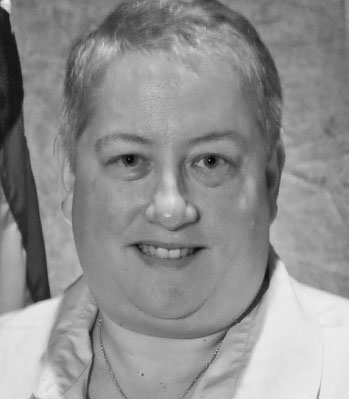 Ms. Lee Ann Boyer currently serves as the Deputy Director for the Contract and Grant Awards division in the Acquisition department at the Office of Naval Research (ONR). The division is responsible for the award of contracts, grants, and other forms of assistance in support of ONRâ€™s organization and its mission. The division negotiates and executes all types of procurement (contract, purchase order, etc.) and assistance (grant, cooperative agreement, etc.) instruments. The division processes approximately 7,000 transactions per year worth more than $1.4 billion. Ms. Boyerâ€™s primary responsibility is to ensure the quality and timeliness of the work produced as well as managing improvement efforts related to divisional policies and operating procedures. Prior to her current assignment, Ms. Boyer served as the Branch Head supervising efforts made in direct support of ONRâ€™s S&T departments dealing with weapons and expeditionary warfare programs and industrial manufacturing programs. Throughout her tenure at ONR, Ms. Boyer has honed her expertise as the Navyâ€™s foremost expert on the operation and management of Federally Funded Research and Development Centers. Ms. Boyer is frequently requested to address Government, academic, and industry audiences on matters related to acquisition and assistance. Regularly scheduled presentations include addresses at the annual Navy R&D Partnership Conference, various Small Business and Industry Association meetings and the Navyâ€™s Office of General Counsel Conference. Prior to arriving at ONR, Ms. Boyer was employed by the Navy Strategic Systems Programs Office (SSP) as a contract negotiator. While working at SSP, Ms. Boyer negotiated numerous contracts for guidance and fire control system components of the TRIDENT missile system. Ms. Boyer also was the architect behind the development of an omnibus contractual vehicle to protect an essential research and development capability at a leading non-profit laboratory. Prior to SSP, Ms. Boyer was a participant in the Navy Acquisition Career Intern program. While in the intern program, Ms. Boyer was assigned to the Navy Regional Contracting Center (NRCC) in Washington D.C. At NRCC, Ms. Boyer quickly developed an expertise in the acquisition of computer systems and related services. Due to her expertise Ms. Boyer was selected to serve as a supervisory contracting officer in charge of a group of contracting specialists. Ms. Boyer also served in the Army Reserves and Army National Guard. Commissioned as a second lieutenant at the age of 19, Ms. Boyer spent two of her years on active duty stationed in Bamburg Germany as an Air Defense Artillery officer in support of NATO. Ms. Boyerâ€™s educational achievements include a Bachelor of Science from Jacksonville State University, a Master of Science from the Florida Institute of Technology, and a Juris Doctorate from George Mason University School of Law. Ms. Boyer has completed the program for Senior Executive Fellows at Harvard Universityâ€™s John F. Kennedy School of Government. Ms. Boyerâ€™s numerous awards and commendations include the Department of the Navy 2003 Competition and Procurement Excellence award; and the Department of Defenseâ€™s Meritorious Civilian Service and Superior Civilian Service Awards. Ms. Boyer, an avid golfer, resides in Arlington Virginia.