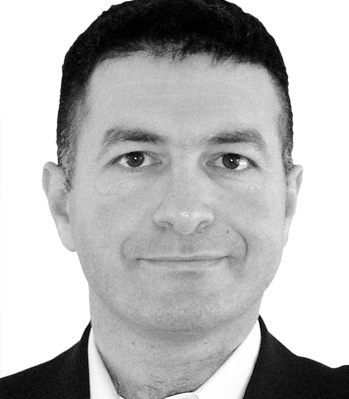 Gabriel M. Rebeiz (NAE Member and IEEE Fellow) is the Wireless Communications Industry Chair Professor of electrical and computer engineering at the University of California San Diego. Prior to this appointment, he was at the University of Michigan from 1988 to 2004. He received his Ph.D. from the California Institute of Technology. He has contributed to planar mm-wave and THz antennas and imaging arrays from 1988-1996, and his group has optimized the dielectric-lens antennas, which is the most widely used antenna at mm-wave and THz frequencies. Prof. Rebeiz’ group also developed 6-18 GHz and 40-50 GHz 8- and 16-element phased arrays on a single silicon chip, the first mm-wave silicon passive imager chip at 85-105 GHz, and the first silicon 100 GHz wafer-scale phased array. He is also an expert on millimeter-wave planar antennas, phased arrays, and satellite communication systems. He has worked on automotive radars at 24 GHz and 77 GHz since 1998 as a consultant and as a subcontractor to several leading phased-array and automotive radar companies.